In May 2018, the Supreme Court struck down the PASPA. It is a federal law that banned single-game wagering. Now, each state is more than free to make its own laws and decisions regarding online sportsbooks. Unless, of course, Congress decides to pass new legislation. However, at this moment, it seems highly unlikely. But it is not impossible, so you should seize this new opportunity.

It’s crucial to pay attention to the laws of all the states. The thing is that not all states which allow sports betting will allow the usage of mobile or online wagering platforms. Some particular states require each bet to be placed in an actual land-based casino. You can use your mobile device if you are inside that casino. However, there are some which do allow mobile wagering and online betting anywhere, as long as you are within the state borders.

So the most important thing is — don’t think that just because you downloaded the app which is legal in one state that it works in another. At times, the apps will confirm your location inside the legal betting area before you can wager. So if you find yourself outside the legal borders, you will be unable to access the app.

Less than a month after the PASPA fall, in June 2018, New Jersey seized the opportunity. United States online sports betting officially kicked off and went live in this state on August 6, 2018. DraftKings Sportsbook launching was the ice breaker. Fast forward some three weeks, and FanDuel Sportsbook premiered its mobile app. The aftermath — we now have thirteen sports betting apps on the New Jersey market in total. This is some excellent news for all the sports bettors out there. 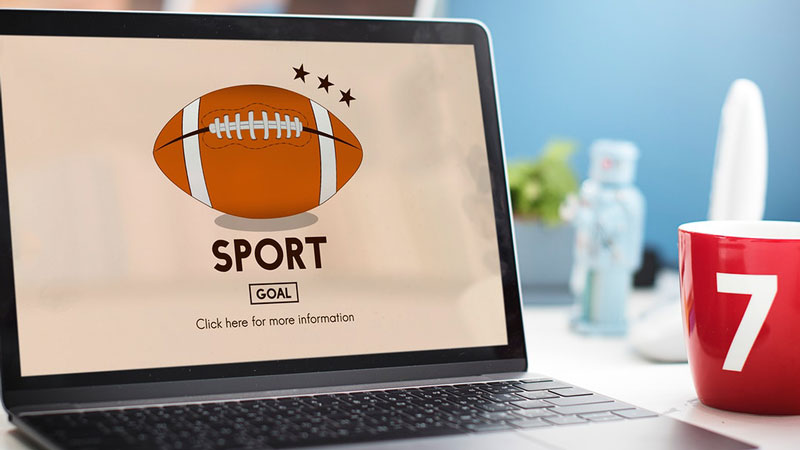 The State of Pennsylvania finally followed the New Jersey example, almost a year later. The first app, SugarHouse Sportsbook PA, went live in May 2019, and more sites and apps should be online soon. Online gambling, usually tied to sports events, came a bit late to this state since Pennsylvania already adopted a law on the sportsbooks two years prior.

Now we shift to the state which is the world’s number one in the gambling section. Yes, you guessed it, it’s Nevada, home to the fabulous Las Vegas. One would think that this would be one of the pioneers in this section. However, legal sports betting hasn’t changed after the Supreme Court decision. This is because Nevada’s mobile sports betting platforms and online casinos already allow you to wager wherever you want within the state’s borders. In a nutshell, before you employ your credit card here, you have to open an account personally in a land-based casino. This also includes identification or verification which is followed by the minimum cash deposit, usually between $50 and $100, depending on the casino. After this, you can wager.

In September 2018, this state opened sports betting operations. Over the year, only two online Sportsbooks opened their digital doors to the world. In December, West Virginia added the mobile platform as a form of betting. Alas, in March 2019, the state shut this platform down due to a dispute between providers. This has remained unresolved to this day, and now we wait to see how it pans out.

Governor of Rhode Island, Gina Raimondo, transformed the bill into law on March 2019. It should come into effect sometime during the summer. Rhode Island’s sports betting is firmly tied to William Hill — one of the most famous bookmakers in the world. They should provide the app technology for the whole state.

If you are about to engage in sports betting in this state, you must do so in an on-water or a land-based casino. But Mississippi regulations do allow mobile wagering on casino grounds. However, it’s important to emphasize that the only betting platform belongs to a tribal casino.

In 2019, four other states are supposed to follow up, so all eyes are on Tennessee, Montana, Iowa, and Indiana. All of them have passed the laws to legalize mobile sports betting, and we expect them to be next in line to provide online sportsbooks.

In Delaware, sports betting premiered in June 2018. Three casinos were licensed and can accept wagers. Moreover, Delaware legislators are discussing the option of additional sports betting, sometime in the near future. But it is unclear as to when the state’s residents and their guests can expect this to unfold. So the silver lining here is the fact that this is legal, but still not active in Delaware.

There is a tribal group which has also offered sports betting in New Mexico. This gambling activity remains illegal everywhere else under the state law, though. That is why we haven’t put New Mexico on our list.

Furthermore, Arkansas approved sports betting in November. They are planning to initiate it by summer. However, this state will limit these actions to retail sportsbooks, at least in the beginning.

Meanwhile, the states of Michigan and New York continue to work on legislation which may come into force this year or the next year. By the end of this year, we expect the list of states which legalize online sports betting to be even longer. New Hampshire and Connecticut will be among the first ones.

Adam Silver, an NBA Commissioner, was the one who took the role of the spokesman in the whole process of legalizing sports betting in the States. He was the one to speak about it long before the notorious fall of the PASPA. However, the NBA officials didn’t support the legalization of online betting just out of courtesy. They did their best because they wanted their piece of cake.

In November 2018, NHL made a marketing agreement with MGM Resorts. They gave the casino full access to all of their data and information. However, they weren’t as aggressive as NBA officials. Garry Bettman, an NHL Commissioner, was the one to weigh in. This happened in Las Vegas, during the Stanley Cup Final — this league also wants a slice of the sports betting cake and federal legislation, just not as loud as other sports do.

We come to the third big sports league — Major League Baseball (MLB). This one is pretty sensitive when it comes to their games and match bettings. But this changed after the annulment of the infamous PASPA. Now, they are more than happy to collect all of the fees they are entitled to. MLB agreed to share all of the data with MGM Resorts, just like the NBA league did in November 2018. 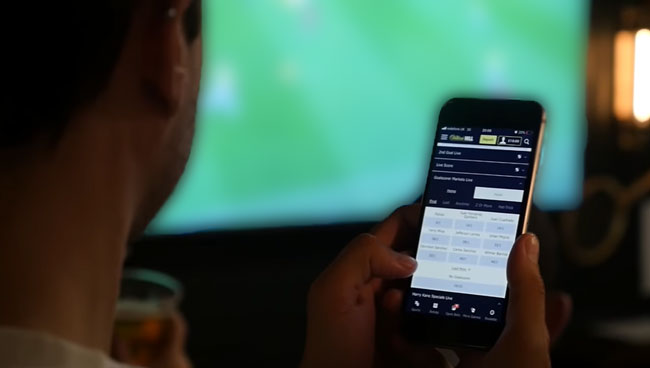 And now we come to the state’s most beloved sports giant — the NFL. Unlike the leagues we mentioned above, America’s largest sports league hasn’t changed its policy of strongly opposing legal sports betting. NFL has been fighting the idea of legal betting for decades now. In fact, they now want federal legislation to address the PASPA breakage issue. One more interesting thing about this league is that the NFL officials do not advocate their integrity fees whatsoever.

But despite the firm anti-sports betting policy, the NFL officials actually allowed the shift from Oakland to Las Vegas at the beginning of the next year. This league still remains the only one without any direct investment into fantasy sports. This is despite the fact that twenty-eight out of thirty-two of its teams are involved with sponsorships.

Betting in the United States records the most significant interest precisely in this sport. The Super Bowl alone makes close to $150 million in bets in Nevada, not to mention the rest of the continent.

How Did the US Government Make Sports Betting Legal

In November 2011, New Jersey held a non-binding referendum. The results instructed this state to legalize sports betting. It wasn’t long before the legislature passed the bill. This bill was the one to regulate sports betting in Atlantic City casinos and the Garden State Racetrack. Governor Chris Christie signed the bill and made a law out of it.

After this, some significant leagues decided to sue New Jersey. They claimed that this state could not legalize sports betting because of the PASPA. Initially, the court ruling was in favor of the sports leagues. The Third Circuit Court of Appeals confirmed the verdict. However, once this case got to the U.S. Supreme Court, it overruled the verdict.

Having all this resistance in mind, New Jersey’s officials tried a different approach. The state made an effort to decriminalize and deregulate sports betting once again. Naturally, the sports leagues brought the case back to court and tried to argue this new betting approach.

Just like the first time, the lower court and the Third Circuit Court of Appeals ruled in their favor. This time around, the Garden State managed to get a hearing and appealed to the Third Circular Court of Appeals, but they lost. Finally, in May 2018, the U.S. Supreme Court gave the green light to hear the case. The verdict was in favor of the state.

Is it even legal to bet online in the states? Well, technically, yes. However, this depends on where you are located. The States of New Jersey and Nevada have legal online betting. The thing is, you don’t have to be a resident of either state, but you have to be within their borders if you want to wager.

OK, now we are confident that you’ve all heard about the Unlawful Internet Gambling Enforcement Act. What is it? Well, this act passed Congress in September 2006. It basically stated that online betting wasn’t illegal as such; however, if you tried to process your deposit or any kind of payment, it would be considered a federal crime. This applies to all sports betting on a state level, except for some forms of fantasy sports and horse racing.

How about Europe and U.K. sports betting? Is it illegal across the pond as well? On the old continent, sports betting is perfectly legal. Yup, those people are blessed with more loose laws than we, cowboys, have. Mobile apps, betting shops, and overall Internet gambling — it’s all included.

How about Canada? Is it illegal to enjoy sports betting there? It’s a bit different in Canada. The state lottery offers parlay cards on numerous sports, like basketball, baseball, hockey, and football. At this moment, the authorities are trying to push forward in order to expand sports betting to straight wagers. It is safe to say that Canada operates in a gray zone, which is legal.

And the last question, the one which you came for, is — are online sports betting legal in the States? Yes, but as we said, only in particular states — West Virginia, Nevada, New Jersey, and Pennsylvania will follow soon enough. Some limited options are legal in Mississippi. And that’s it. We expect that almost every state legalizes online sports betting in the years to follow, but until then, keep yourself informed, and good luck!

Posted In How to Win